This product allows the integration of financial data feeds of various suppliers and covers the business areas:

Financial instruments can be opened and subsequently maintained. This includes instruments:

The data import and maintenance process is supported by: 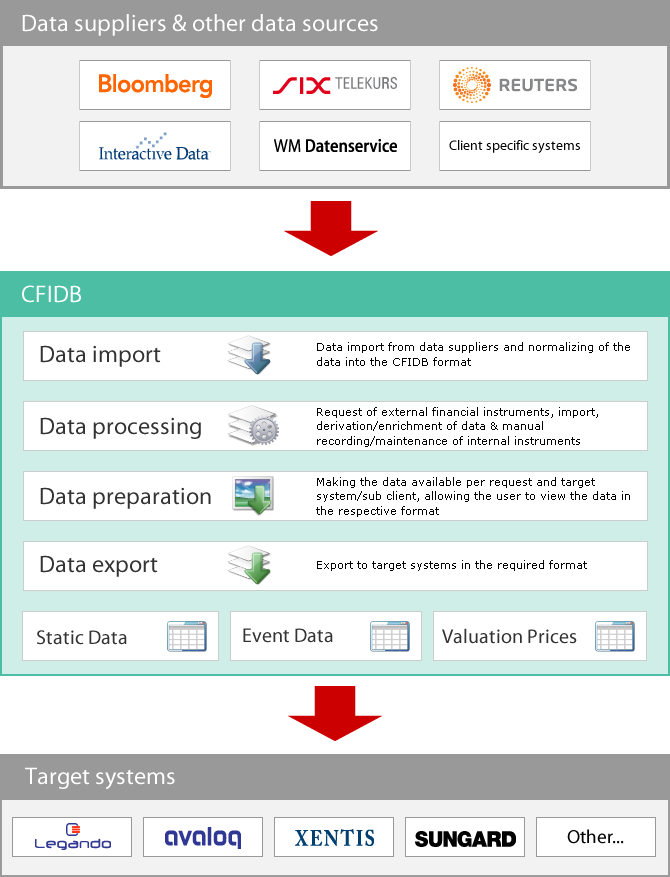 Examples of validations and rules while opening up a new instrument:

Rule: Allocate the "Full name" of an instrument in various languages as shown on the client statements
Validation: The short names of the Instrument are longer than defined in the target system. Therefore the validation requires the user to manually adapt these. 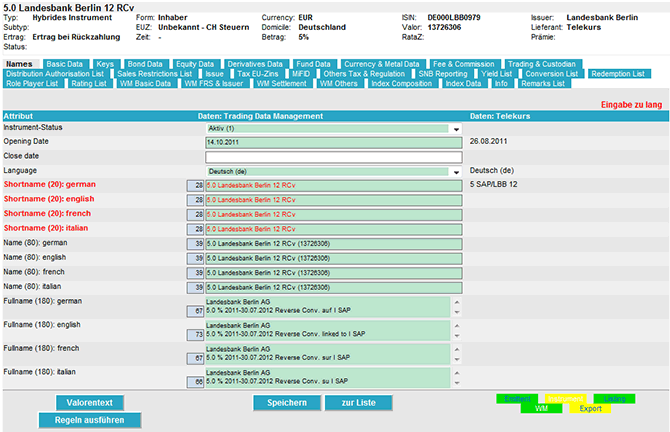 Example how changes to an instrument are shown in the history:

The example below shows the changes to the dividend details delivered by a data supplier. 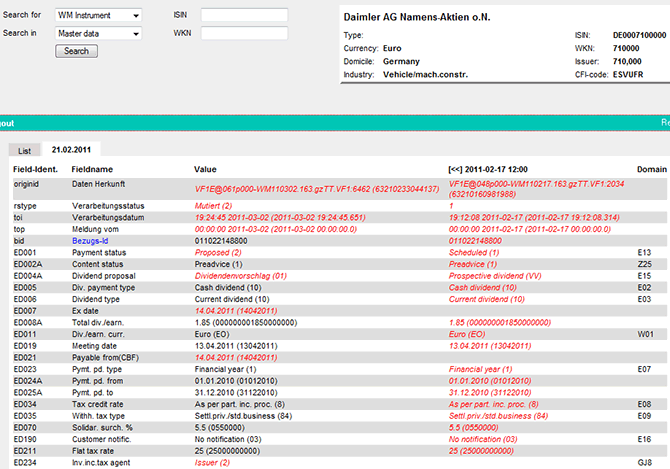 Automation and support by workflows

Workflows support the automation of the maintenance processes as far as possible: 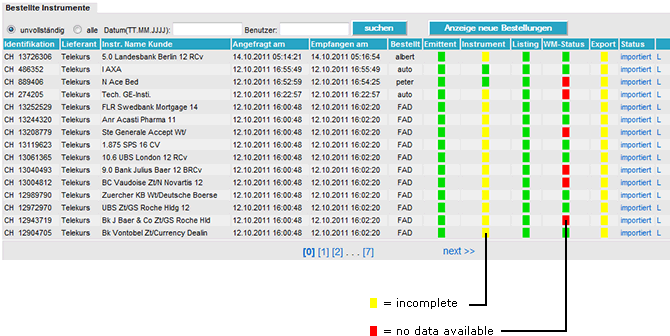